WHAT IS SATELLITE BROADCASTING?

Satellite broadcasting is the means of transmitting media content (audio, and video) across countries and continents. Broadcast signals are uploaded to the communication satellite and redistributed through a transponder back to Earth for viewers using a parabolic antennae, popularly known as a satellite dish.

Because of the curve of the Earth, satellites aim to transmit radio signals around the visible curve of the earth hence maximizing their broadcast. This wide range use of signal may eventually lead to interference. International organizations have set frequency bands that organizations are expected to use. Communication satellites use X-band, Ku-band, or C-band.

There are primarily two type of broadcast satellites used for communications: Fixed Service Satellites (FSS), and Direct Broadcast Satellites (DBS). However, the terms can be ambiguous as there are satellites with the DBS-like output but are on the same linear polarization as FSS.

According to the International Telecommunications Union (ITU), Fixed service satellites, as the name implies, involves “radiocommunication between the radiocommunication service between earth stations at given positions, when one or more satellites are used.” This satellite communication requires a much larger dish for signal reception. FSS uses C-band and Ku-band. It is offers a good means of broadcasting to commercial organizations.

Direct broadcast satellites involves the transmission of radio signals for direct reception by the general public. Media is recorded uploaded on a platform. The broadcast station then sends a signal to the satellite to transmit the  audio, or video. Signals on the DBS use the higher portions of the Ku-band. They are received on dishes smaller than those used by Fixed Service Satellites. Broadcast companies such as Sairtek, use the DVB-S, and DVB-S2 standards for transmission.

5. Great Video and Audio Quality: The picture quality of satellite broadcasts has improved over the years. Television users can now watch their shows and favourite channels in High Definition (HD). Unlike with internet streaming, satellite tv users do not have to worry about buffering videos. 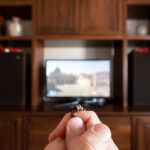 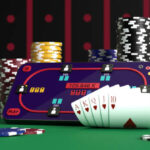